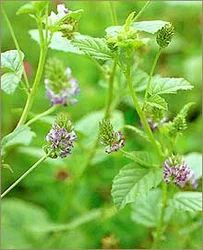 Chinese herbal medicine as a tonic remedy and is used to improve general vitality. It is also of value in the treatment of skin disorders, including vitiligo. Some caution should be employed when applying the herb externally. The one-seeded fruits are highly regarded as an aphrodisiac and tonic to the genital organs. The seed is anthelmintic, antibacterial, aphrodisiac astringent, cardiac, cytotoxic, deobstruent, diaphoretic, diuretic, stimulant, stomachic and tonic. Psoralea corylifolia is an important herb in the treatment of vitiligo. The seeds of this plant contain a variety of coumarins including psoralen. The specific role if any of psoralen in these uses is to treat the white patches. An extract of the plant’s fruit Fructus psorale has been shown to act as a nor epinephrine-dopamine reuptake inhibitor. Chemically Bakuchiol isolated from the Chinese medicinal plant, Psoralea corylifolia Fabaceae , has shown activity against numerous Gram-positive and Gram-negative oral pathogens. It was able to inhibit the growth of Streptococcus mutants under a range of sucrose concentrations, pH values and in the presence of organic acids in a temperature-dependent manner and also inhibited the growth of skin dead cells. It increases re-pigmentation melanocytes, and produce pigment melanin.

Psoralea Corylifolia is most valued ingerdients in Chinese and ayurvedic herbal medicine as a tonic remedy and is used to improve general vitality. It is also of value in the treatment of skin disorders, including vitiligo. Some caution should be employed when applying the herb externally. The one-seeded fruits are highly regarded as an aphrodisiac and tonic to the genital organs. The seed is anthelmintic, antibacterial, aphrodisiac, astringent, cardiac, cytotoxic, deobstruent, diaphoretic, diuretic, stimulant, stomachic and tonic. It is used in the treatment of febrile diseases, premature ejaculation, impotence, lower back pains, frequent urination, incontinence, bed wetting etc. The seed and fruit contain psoralen. The root is used for treating dental caries. The plant yields a useful medicinal oleoresin, it treats kidney disorders, impotence, lumbago. It is also used externally to treat various skin ailments including leprosy, leucoderma and hair loss. The antibacterial action of the fruit inhibits the growth of Mycobacterium tuberculosis. 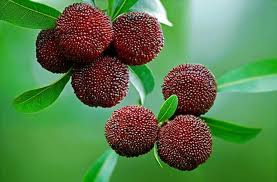 Plants, Fruit and Seeds have been the basis of many traditional medicines throughout the world for thousands of years and continue to provide new remedies to mankind. Plants have been one of the important sources of medicines since the beginning of human civilization. The recent resurgence of plant remedies resulted from several factors, such as effectiveness of plant medicines and lesser side effects compared with modern medicines. Psoralea corylifolia, commonly known as babchi, is a popular herb, which has since long been used in traditional Ayurvedic and Chinese medicine for its magical effects to cure various skin diseases. This plant is also pharmacologically studied for its chemoprotective, antioxidant, antimicrobial, and antiinflammatory properties. This review attempts to highlight the available literature on P. corylifolia with respect to its ethnobotany, pharmacognostic characteristics, traditional uses, chemical constituents, and summary of its various pharmacologic activities and clinical effects. Other aspects, such as toxicology and precautions are also discussed. This will be helpful to create interest toward babchi and may be useful in developing new formulations with more therapeutic and economical value.

Psorolea and sunlight that is a very good combination. Apply psorolea oil to vitiligo and go to take a Sun 5- 30 min it`s a good start from shorter periods and watch how long you

skin tolerate the sun. Psoralea is the key herbs used extensively by herbalists to treat the various skin disorders. Chinese and Japanese herbal medicine practitioners have been using the herb to cure eczema, vitiligo as well as hair loss. Besides its benefits in treating skin disorder, psoralea combats staph (bacteria appearing in clusters) infections and at the same time, invigorates the heart. Psoralea is known as bu gu zhi that literally translated into English denotes ‘tonify bone resin’. The herb is also useful for enhancing bone calcification or adding calcium and this process makes psoralea valuable while treating bone disorders such as osteoporosis and bone fractures. Psoralea comprises of a substance called psoralen that is a vigorous element to enhance pigmentation of the skin and hence useful in treating vitiligo, a disease in which patches of the skin loses its pigments. Experience has shown that when applied externally on hypo-pigmented skin or skin that is losing pigmentation, psoralens brings about residual pigmentation. At the same time, psoralens improve the flow of blood and enhance the activity to produce melanin (pigments) on the unhealthy areas of the skin.

Seeds of the psoralea fruits are also beneficial in treating different skin problems such as leprosy and leucoderma (loss of the skin’s pigmentation). Both the fruit as well as the seed of the plant enclose psoralen, which is valuable for enabling the skin to create new pigments when out in the open to sunlight and hence is effectively used to cure diseases such as vitiligo and psoriasis (a skin ailment that is marked by red scaly patches).

Sign up to receive the latest news from natural herbs